The Effects of Organic Matter Levels in the Soil

What is Organic Matter?

The Sustainable Agriculture Research and Education (SARE) describes organic matter by saying, “Organic matter is the key to building and maintaining healthy soils because it has such great positive influences on essentially all soil properties–aggregation, nutrient availability, soil tilth and water availability, biological diversity and so on–helping to growth healthier plants. Organic matter consists mainly of the living organisms in the soil, the fresh residue, and the well-decomposed (or burned) material physically or chemically protected from decomposition. Residue trapped inside aggregates, especially small ones, is protected also from decomposition because organisms are unable to access the material. Each of these types of organic matter plays an important role in maintaining healthy soils. Soil organic matter transformations are a key part of plant nutrition and the ability to achieve good crop yields. Soil organic matter is also an integral part of local and global cycles of carbon, nitrogen and water, impacting many aspects that define the sustainability and future survival of life on earth” (Magdoff, 2021).

Organic materials are the part of soil that includes roughly 5% of living organisms, 10% crop residues, 33-50% decomposing organic matter, and 33-50% stable organic matter. The fraction of organic matter actively changes mass and is therefore unstable in the soil. It is mostly affected by factors such as tillage, cover crops, crop rotations, etc.

Organic matter acts as a reservoir for nutrients in the soil that can be released as needed. According to the Noble Research Institute, “Each percent of organic matter in the soil releases 20 to 30 pounds of nitrogen, 4.5 to 6.6 pounds of P2O5, and 2 to 3 pounds of sulfur per year. The nutrient release occurs predominantly in the spring and summer, so summer crops benefit more from organic-matter mineralization than winter crops” (Funderberg, 2001).

In addition to acting as a nutrient supply, organic matter also acts similar to a sponge, absorbing and holding up to 90% of its weight in water. Most of the water that it absorbs is then released into the plants.

Organic matter will cause soil particles to bind and form stable soil aggregates, which ultimately improves soil structure. Soil structure is important because with better structure, things like water infiltration increases as well as the soil’s ability to hold water.

Increasing organic matter has shown to reduce erosion because of increased water infiltration.

How to Increase Organic Matter in the Soil

Factors such as climate, soil type, crop grown, and specific management practices can influence the amount of organic matter. Some strategies to build and maintain organic matter are:

“Crop residues help protect the soil surface from raindrop impact and erosion and add carbon back to the soil” (Mosaic, 2021).

“Soil test and apply advanced crop nutrition: identify and correct yield-limiting factors to encourage greater growth of crops that can be returned to the soil. Adding crop residues that help build or maintain [organic matter] and including innovative products… that contain [organic matter] and other potentially limiting essential crop nutrients can create more productive and sustainable cropping systems” (Mosaic, 2021).

Humi-Tec is made of concentrated organic matter and its purpose is to correct organic matter deficiency in the soil. When soils are low in organic matter, the negative effects can be harmful on a crop during growth and germination. Soils with low organic matter also have a lower C.E.C., which can slow or stop seed germination and increase risk of seed burn on pop-up and in-furrow programs.

Humi-Tec prevents the negative effects of low organic matter levels and poor C.E.C. Sandy soil and sandy loam soil tend to naturally have low levels of much needed organic matter. When working with sandy type soil, by adding Humi-Tec, you can ensure that the crop has rich, healthy soil to support optimum growth. Additionally, humic can hold many times its own weight in water leading to stronger drought resistance and better water retention, which is crucial in the hot, dry months.

Advanced-Cal’s primary ingredient is Pro-Cal, giving the solution a soil PH neutralizing factor to give a quick acting and highly effective solution to raising low soil pH levels. Additionally, Advanced-Cal contains added micronutrients and minerals such as boron, manganese, iron, sulfur, and much more, add a high carbon energy source of nutrients to the soil. This combination drastically increases plant growth by speeding up photosynthesis and allowing the plant to get the nutrients it needs.

3-18-18+ offers all the benefits of standard 3-18-18 but has a bio-activated micro-nutrient blend and organic matter pre-blended with the fertilizer. This blend allows a highly effective method to supply needed Nitrogen, Phosphorus, and Potassium to the soil while at the same time building up micro-nutrients such as Zinc, Sulfur, Manganese, Iron, and Boron. Increasing these micronutrients in the soil will boost root growth, and plant growth speed, creating a fuller, stronger, healthier and faster growing plant.

Magdoff, F. M. (2021, July 20). What Is Organic Matter and Why Is It So Important. Sustainable Agriculture Research and Education. https://www.sare.org/publications/building-soils-for-better-crops/what-is-organic-matter-and-why-is-it-so-important/

Find out how much fertilizer you should use on your crops 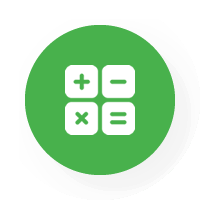 Get access to our best deals, tips, and tricks.